I woke up next to Stan; So clearly I wasn’t dreaming this…..
STAN: Good morning; your phones been going crazy.
I jumped up to check it; 5 missed Calls from Ace.

Surely this was gonna be an apology? Did i even deserve a fucking apology? I was just about to call him back when the text came through. {Pick up ur shit. Today. Or its trash. Cya} ….. So I was still the bad guy huh? ugh. I looked down at the veins that had shown up on my legs but they were the least of my worries I already knew that was part of the change; I thought about Alice and Johnny. I was gonna be a vampire soon. How the fuck was I supposed to get them back? Will I even be the same person? In a few days I’m gonna be a blood drinking monster; What if i hurt them or something? Is it even worth me fighting for them. I was so lost in thought I hadn’t even realised that Stan was next to me. 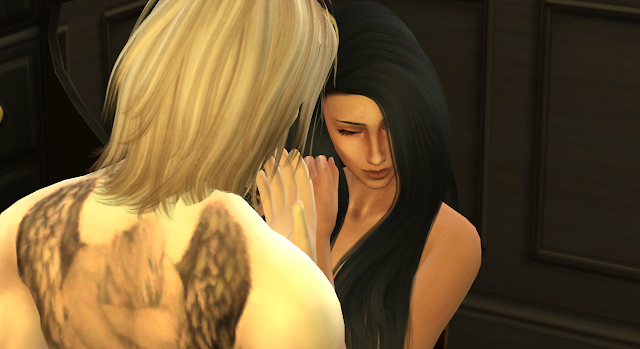 STAN: What’s up Luna?
LUNA: HE wants me to pick my stuff up. When I called him last night; I told him about Vampires and he didn’t believe me; I mean why the fuck would he?! Now he’s taking my kids and I’m scared. I’ve lost everything Stan and i don’t know what the FUCK to do.

STAN: We will sort this out. I promise. It’s not another crappy empty promise just trust me. Get dressed; I’m gonna go grab something to eat; do you want any human food?
LUNA: If you say so; and no Thank you.

I didn’t know what to say; even if i was hungry I wouldn’t be able to eat. ugh. I did trust him but really ? I didn’t have my hopes up. There’s only so much disappointment someone can handle y’know.
I didn’t even hear Stan come home;
STAN: yeah; that’s a nice wall.

He broke my train of thought, i’d been staring into space, I leaned my head back to see him;

STAN: Nice outfit..
Oh ok mr.sarcastic is back.
LUNA: Well i’m not going there in a gown!
STAN: Well, you pull it off, come on lets go.
When he kissed me i got goosebumps; It was so weird. I hadn’t had butterflies for the longest time. There was a metallic taste though, it took me a second to realise what it was.
LUNA … Stan by grab something to eat you meant a human right?
STAN: Duh. Vampire.
LUNA: I heard some Vampires drink packs of blood or from animals and stuff..
STAN: What’s your point?
LUNA: Well.. How come you don’t do that?
he looked kinda annoyed that i’d asked.. 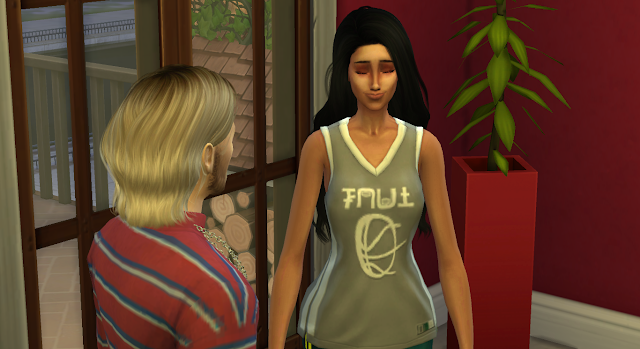 STAN: Well you wouldn’t drink cold coffee would you? I don’t know how those Vamps can even call themselves vampires… I told you. If you wanted “twilight” i’m not that guy. C’mon lets go get your stuff.
Stan drove me to the house; I figured it was best if he stayed in the car. He’d warned me that the place stank of Aphrodite. GREAT. The conversation with Ace went terrible as expected.

ACE: Have you seen yourself?! You junkie bitch.
LUNA: Wow; real nice Ace. How many times do I have to tell you i’m not on anyth-

ACE: OH what is it then “Vampires” , I don’t know whether its drugs or if youre just fucking insane!!
He grabbed me tight by the arms, it fucking hurt. I would have been angry but honestly I was just upset.

ACE: Why would you do this? You just destroy everything Luna, and its never your fucking fault is it? Its always me! Or Vampires?
He was shaking me so hard i felt like i was gonna throw up. The shades fell off of my face and his face darkened.
The awkward silence cut like a knife as he stared at me, and thats when he pushed me.

Ace had never laid a finger on me before. In fact i’d always been more aggressive. When I hit the floor all i could do was cry. I’d heard Stan get out of the car; i heard a thud as Ace fell to the floor next to me. 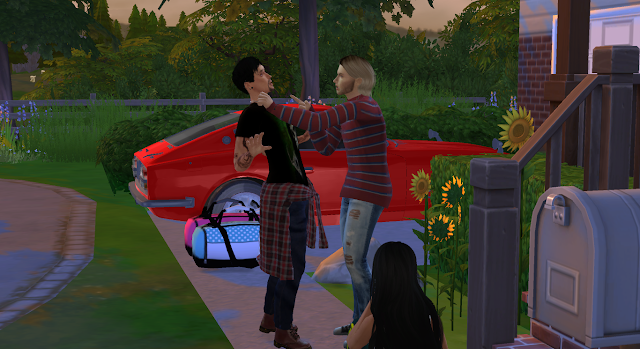 ACE: wow . NICE guy you got there Luna. MOVING up in the world fo’sure. 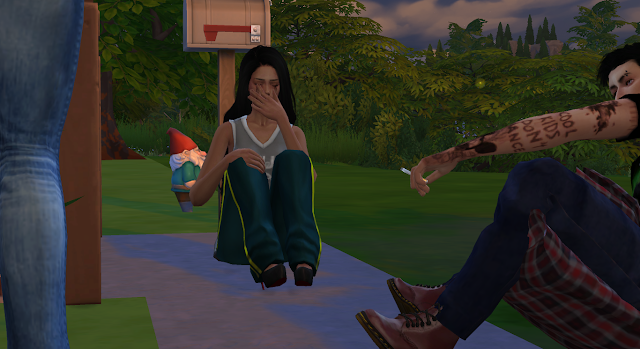 Stan helped me up and the queen bitch decided to show her face. This day just got better and better.
LUNA: I swear if you’ve been near my kids.. I’ll-

APHRODITE: You’ll do what?! get your “Vampire” friends to gang up on me. Seriously Luna you had made such great progress; Its really disappointing to see that you’ve gone back to using after all this time.

LUNA: YOU FUCKING BITCH!
NOW i was pissed.
APHRODITE: Stanley; can i tear you away from her for a second. WE need to talk.
Stan told me to go wait in the car. This was BULLSHIT.

STAN POV:
I knew exactly what Aphrodite wanted.. and Luna didn’t need to hear it. Sure enough as soon as we got to the end of the porch-

APHRODITE: What the hell are you doing?! This wasn’t the plan.
STAN: Yeah… Well in case you forgot; I made you. You aren’t my boss.

APHRODITE: We had a fucking plan! I was supposed to make her! She was supposed to be mine!
STAN: Well; your cute little assassin nearly got her killed completely so –
APHRODITE: What are you talking about? I didn’t send an assassin? !
She looked genuinely confused. I knew Aphrodite was a liar but she really seemed clueless.

APHRODITE: I think you’ve forgotten … How much I need you .. You mean so much to be.

My flesh crawled as she attempted to kiss me… I finally saw her for what she was. I pushed her away. Disgusting.

STAN: You can use that shit on Caleb… You don’t own me anymore aphrodite.
APHRODITE: Is that so…. you know i don’t need you to destroy her. You might not be under my spell anymore but Ace sure is. It would be a shame if anything happened.
I Finally felt free; after all these years. If owed that freedom to Luna and was i fuck going to let this succubus bitch stand in the way of that.

STAN: You won’t do anything to hurt her or her kids.
I was surprised when she turned to me; a gleam had crossed her eyes.
APHRODITE: …Yes..master.
…I was stunned. Her eyes were teary. She was finally under my command after all this time! But who knows how long that will last. I needed a plan 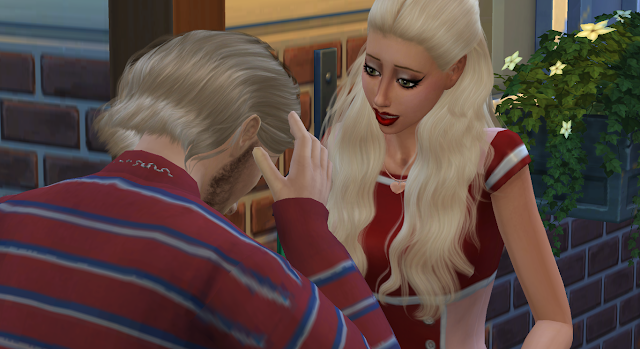